This scenario could be faced by someone who is having multiple instances running on the same server. Mostly we try to have dedicated server for Production environment however for Test environments(SIT, UAT, Dev) – Based on criticality of application, we tend to install multiple instances of SQL Server on the same server. As you are aware, we can’t have same TCP port for all these instances – we hardcode the TCP port for these instances and share them with the concerning team along with their instance names. Examples are below:

You can try this yourself in your environment and see it yourself. I couldn’t find this documented anywhere by Microsoft however have faced this issue myself. 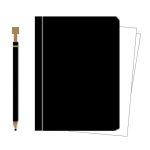